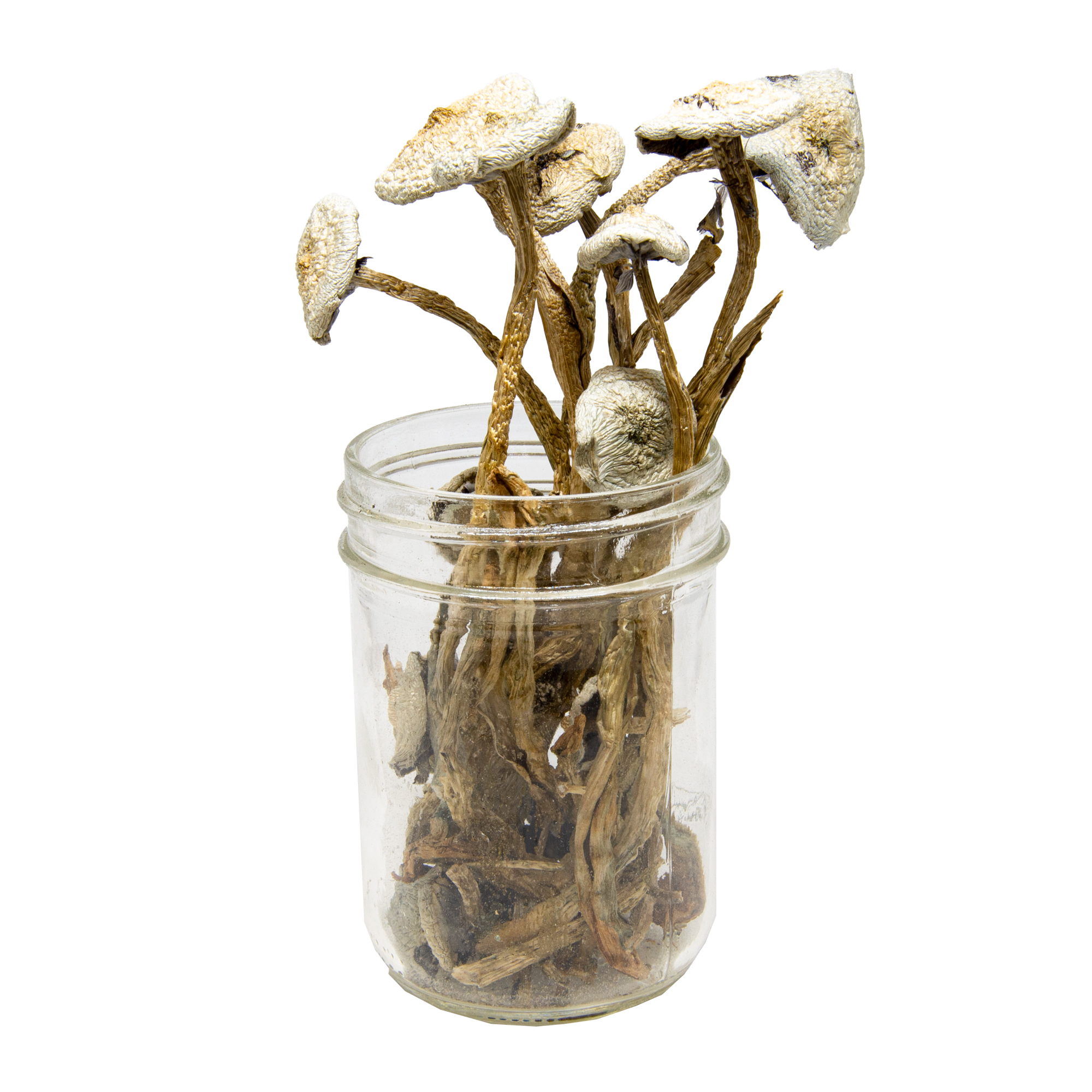 
Avery’s Albino Magic Mushrooms are an exquisite strain of the exotic Psilocybe Cubensis A+ strain. It is believed that a geneticist who specialized in rare breeds of magic mushrooms discovered this spectacular breed after years dedicating years of research on pigment allocation and mutations in Psilocybe Cubensis A+ which led to the creation of a true albino strain which is now commonly recognized simply as Avery’s Albinos. The lack of pigmentation which results in Avery’s Albino’s distinct ghostly white colouration is due to a mutation which specifically effects A+ strains called ‘Leucism’. These well-rounded magic mushrooms are known for their all-around buzz that effects users mentally and visually, as well as for their extreme potency. You will feel effects after 20-30 minutes of consumption.