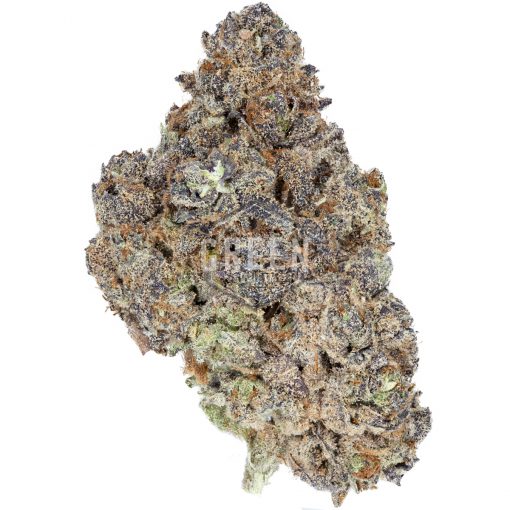 
First bred by Blue Grass Seeds, Black Mamba is a compelling and intense indica strain with long-lasting, psychoactive and therapeutic effects. Although it is unconfirmed, many argue that the name pays homage to the venomous snake, others claim that it was named after the ferocious bride from Kill Bill, and others dispute that it was named after the late and great, and arguably one of the most talented basketball players ever, Kobe Bryant. Despite the actual origins, all these inspirations share one similar characteristic – their killer instinct or deadliness and Black Mamba weed is no exception. With parents like Black Domina and Blue Bubblejuice, there should be no surprise to this potent indica’s 23-25% average THC concentration. These higher than average levels explain Black Mamba’s extremely intoxicating high that is described by its’ psychoactive characteristics, imparting users with a mind-numbing, giggly and upbeat high. Physically, this indica is sure to impress and meet all standards when it comes to bag appeal. The ‘black’ in the name might also refer to the amount of anthocyanin pigments found in the plant, giving Black Mamba its’ distinct royal purple hues found in the buds and leaves. The enticing flavour and aroma of this strain are characterized by its’ fruity base, with notes of red grapes and sweet, Bubbalicious chewing gum and mellow, earthier undertones.