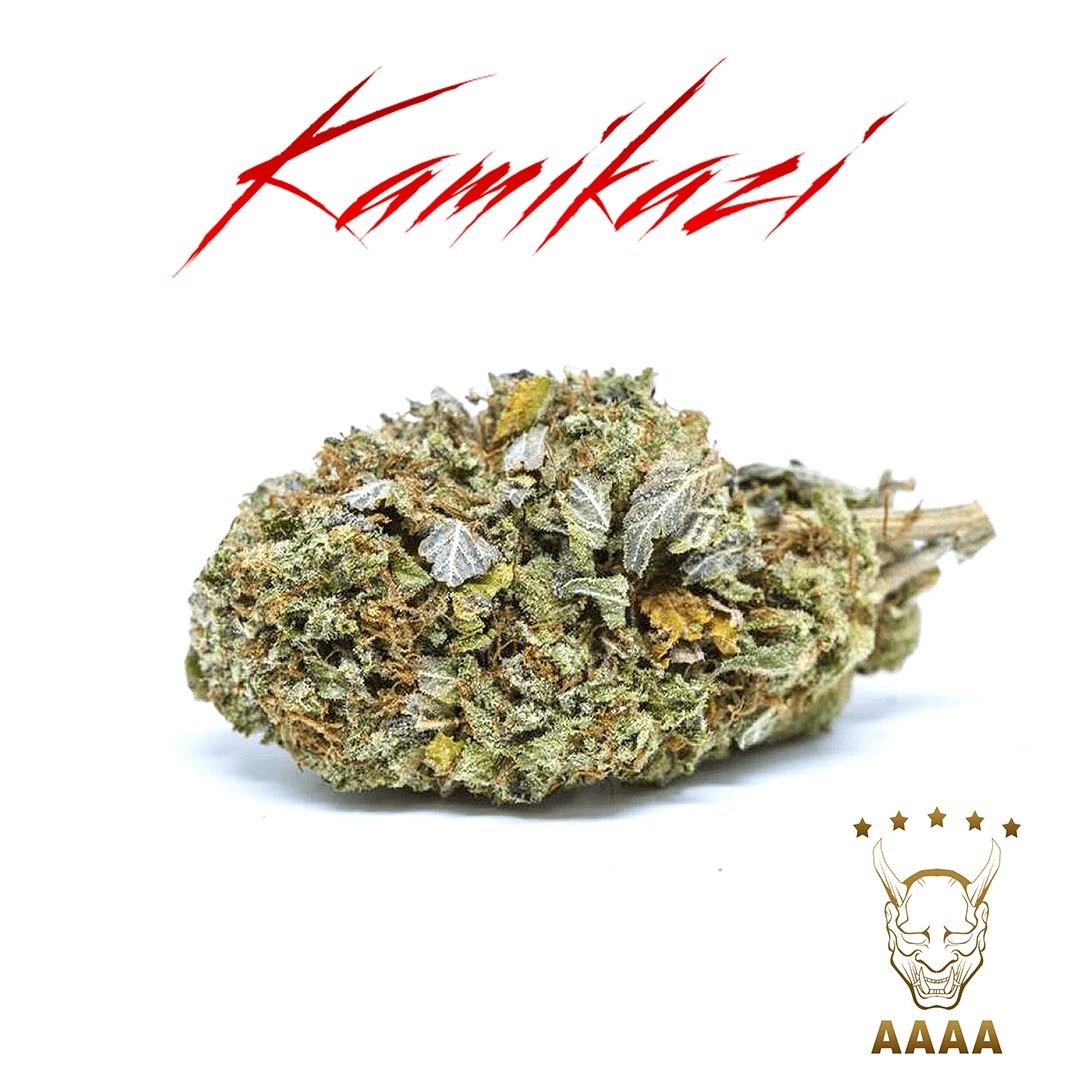 Bubba OG has small to medium-sized flowers that have a clustered, chunky appearance. The buds adhere in a dense formation, typical of indica varieties. Leaves are a bright shade of spring green and are twisted through with red to orange pistils. In many cases, flowers of Bubba OG are a patchwork of green, purple, and blue. These latter colors come about when anthocyanin pigments in the strain’s genetics are stimulated by cold weather during vegetation; the process is not dissimilar from the changing of foliage in autumn due to depleted levels of chlorophyll. The already-colorful flowers are capped off by a coating of translucent white trichomes.

When properly cured, flower of Bubba OG carry the sweet aroma of berries and citrus. On closer inspection, there are also base notes of hash and incense, likely the influence of double grandparent strain OG Kush. Meanwhile, breaking open or grinding up the flowers yields hints of fresh pine. When combusted, Bubba OG burns with a thick, harsh smoke that may tickle the back of the palate and trigger coughing for some. On the exhale, this smoke can taste sweet like overly ripe fruit, along with some subtle diesel fumes.

Bubba OG hits quickly for an indica-dominant strain. Shortly after they’ve finished coughing, smokers feel a sensation of warmth and comfort enveloping the core and limbs. This weighty feeling may lead them to lounge in the closest cushy surroundings. The strain’s pleasant physical effects are soon met with a wave of euphoria and a subsequent desire to share the good vibes with familiar friends. Bubba OG may make external stimuli seem more significant to the smoker; color can seem more saturated, and even taste can take on new dimensions. This type of trippy distortion is the perfect backdrop for processing some atmospheric music or television. Despite its mostly sleep vibes, though, Bubba OG still allow users to maintain a clear head. If they so desire, smokers can remain focused on any tasks that don’t involve physical activity or coordination. As the high wears on or as dosage is increased, intractable couch-lock may set in, followed closely by full, sleep-inducing sedation. Because it can be so soporific, Bubba OG is recommended for evening or nighttime use. Some negative side effects of the high include red eyes and a feeling of cottonmouth.

More about this strain: Bubba OG

According to the original breeder, Bubba OG has a sweet and pungent aroma, carrying a flavor profile of hash, fruit, and diesel.