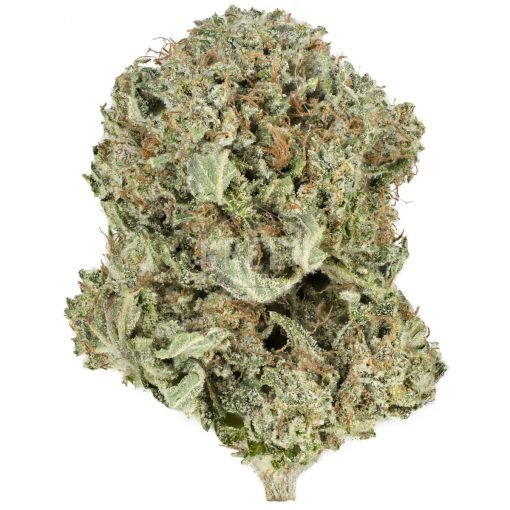 Greasy Death Bubba is a vastly intoxicating hybrid strain that is quickly making a name for itself on the Canadian west coast. A stellar example of what true BC bud is, Greasy Death Bubba packs quite the punch with its’ potency, smooth smoke and rich, robust terpene profile. ‘Greasy’ is a reference to any strain that is crossed with Bubba Kush, meaning that although Death Bubba was created as a cross between Death Star and Bubba Kush, it was eventually reintroduced to another phenotype of its’ Bubba Kush lineage to make an even more powerful and dank version of itself, taking only the most desired qualities of its’ parentage. With THC levels that average out around 23%, some also claim that the ‘greasy’ refers to the monumental amount of resinous THC trichomes found throughout the plant. This potent hybrid strain is definitely not recommended for those with lighter tolerances. Greasy Death Bubba is a prime choice for those seeking utter relaxation, before catching up on some well deserved zZzZz’s. The high begins with a mildly euphoric mental buzz that uplifts spirits and helps users forget about any stress or worries that may be plaguing them. Sooner than later, this transitions into a heavily sedating full-bodied high that’ll have you feeling like gravity is coming down on you like the comfort of a soft weighted blanket. Smoke a joint, a couple bowls or even vape it, just make sure to have your munchies on hand and a good movie on deck for the perfect night in. Death Bubba has become a Canadian classic for its’ almost overwhelming, poignant aroma and flavours that are recognized by their insane gassy notes. The pine-like sweetness of its’ Bubba Kush lineage combine exquisitely with the earthy, dank skunk or gas-like notes of Death Star to create a gas-lovers delight. Make sure to have this one sealed in an air-tight jar, as its’ overpowering aroma can quickly disperse and overtake a room within a matter of minutes!