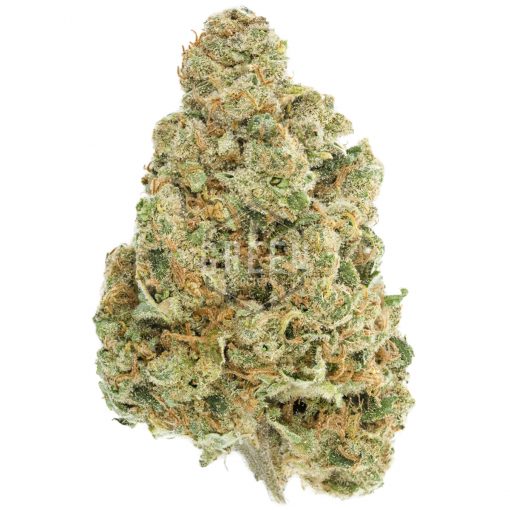 Moby Dick by Dr. Blaze is an astounding sativa strain that originated out of Amsterdam and quickly spread to every coffee shop in the city. Bred by Dinafem by crossing the potent White Widow, and flavourful, uplifting sativa Haze, it was named in homage of the fabled whale for its particularly large buds and yields. Laboratory tests have shown that THC levels of this strain can reach upwards of 26%, making for a very dank sativa. As a sativa strain, Moby Dick contains extremely highly psychoactive qualities and a higher concentration of THCV, which is responsible for more of a psychedelic effect. Upon smoking users will be thrilled by an instant surge of overcoming euphoria and a spacey, cerebral high that lasts longer than average. The cerebral effects of Moby Dick last for nearly two hours before slowly transitioning into a soothing body high that is effective in fighting minor aches and pains. The aroma and flavour of this strain are complex and easily distinguishable from other flowers by its characteristic sweet and citrusy base. Much like its parent, Haze, this strain contains prominent notes of citrus fruits that combine smoothly with the earthy, vanilla notes of White Widow.