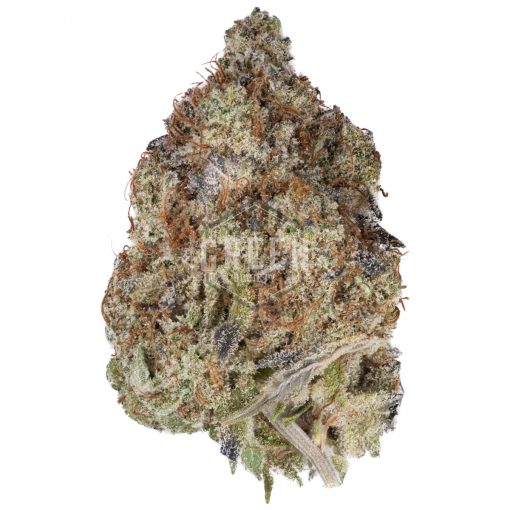 Russian Rocket Fuel also known as RRF is an intense gas and diesel-scented strain that offers users a debilitatingly powerful high and evenly-balanced effects. Unlike its’ name may suggest, this indica-dominant hybrid originates from Spain as a cross between an unknown strain and NYC Diesel, giving it a characteristic fruitiness and a fuel-like aroma that packs a heavy punch. On average, Russian Rocket Fuel boasts tremendously impressive THC levels that can range between 21-25%. Contrary to the effects of many pure indica strains, this exotic hybrid is known for its’ fast-acting high that begins with a cerebral rush that uplifts and enlightens the mind. RRF also exhibits effects of a psychedelic nature, with many users reporting sensory distortion similar to that of magic mushrooms. The heavy gas notes of Russian Rocket Fuel are inherited from its’ NYC Diesel parentage, while a rich, earthy creaminess provides another layer to the strains’ intense terpene profile.