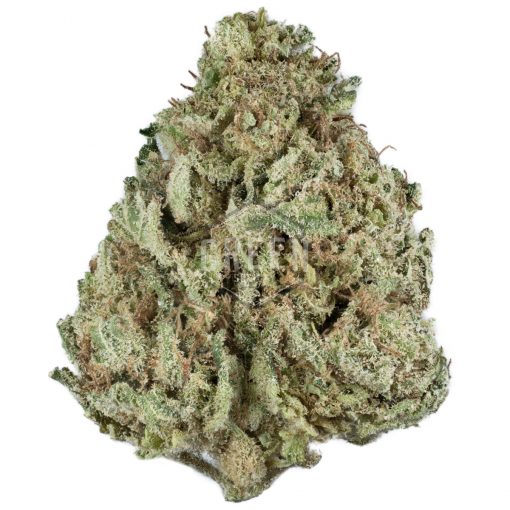 Shark Shock is a sativa-dominant hybrid strain that was first hunted and bred by Shantibaba in the early 1990s. A cross between the true, original White Widow which later came to be known as Mr. Nice Black Widow and the pungent, uplifting Skunk #1, this strain boasts an impressive genetic lineage that contains four different landrace strains ranging from Brazil, Afghanistan, Mexico and Colombia. The combination of these two complex parents resulted in the creation of a strain that is characteristically sativa with a long-lasting and uplifting buzz that also provides a relaxing body high from its’ indica lineage. Shark Shock boasts tremendous THC levels that should be no surprise! Some phenotypes have tested as high as 35%, while on average it’s found to be around 18-21%. Even with such high THC concentrations, Shark Shock still makes for a great day time smoke, inspiring creativity, motivation and a euphoric feeling in users that is still productive and chill, without the couch-lock or sleepiness. Although it might sound like it has a bite to it, don’t let the name fool you – the enticing aroma and flavours of Shark Shock are a lot more welcoming than you’d expect. Users describe it as one-of-a-kind, a unique strain with subtle creamy hints of vanilla and sweet, candy or berry-like notes.