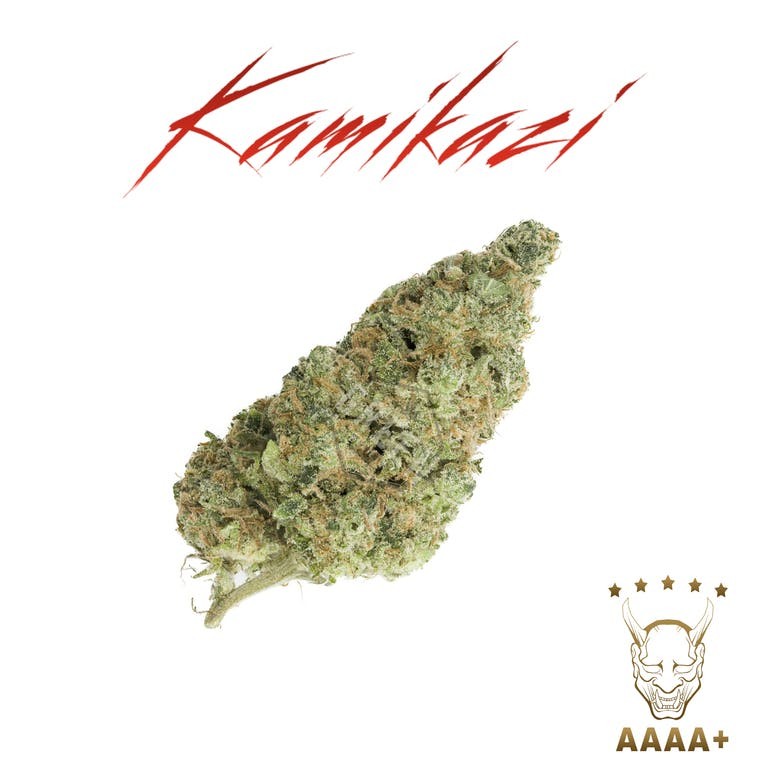 THC %: 23
The strain’s award-winning flowers are large and chunky. Despite its dominant sativa genetics, Strawberry Cough has a more indica-typical bud structure, with solid and densely-packed leaves. The sativa genes show, however, in the buds’ tapered, conical shape, less like popcorn and more like tiny pinecones.  The flowers are covered in cloudy amber trichomes that lend the leaves a slightly yellowish appearance. Red — rather than orange — pistils are threaded through the sticky leaves. The mild scent of strawberries wafts up from the buds, mixed with a little bit of peppery spice. When buds are combusted, they give off a herbal cloud, reminiscent of parent strain Haze. Smoke from this strain is typically harsh, causing many users to cough and sometimes leading their eyes to water. The initial taste is of ripe strawberries, without any hint of skunkiness or musk. On the exhale, the strawberry flavor has some more sweetness. This saccharine berry scent lingers for a while after users have toked. Strawberry Cough’s buzzy, thoughtful high settles in almost immediately. Users may feel initially unsettled, but, in the right set and setting, can embrace the sharp focus associated with this strain — it’s great for deep conversation, reading, or working on tasks that involve some degree of creativity or problem-solving. Strawberry Cough can also impart an energetic feeling of motivation and intensity that’s perfect for plowing through more mundane tasks. The opportunity for non-linear and less traditional ways of thinking makes Strawberry Cough a uniquely creative strain. Its sense of euphoria and tendency towards chattiness also marks this as a great choice in lively social settings. Medically speaking, Strawberry Cough is beneficial in regulating entrenched mood disorders. As users feel a boost in energy and creativity, they may feel a dissipation in anxiety or stress. Some have also reported relief from painful migraines, as well as less intense headaches. Side effects of this strain include the possibility of paranoia, which can happen with larger doses when intense cerebral thinking can kick into overdrive. The high from Str

More about this strain: Strawberry Cough

Strawberry Cough’s story begins with breeder and former High Times cultivation editor Kyle Kushman, who claims to have sourced the clone-only strain — reportedly a cross of Haze and Strawberry Fields — from a novice grower in Connecticut. The grower gave Kushman a tiny Strawberry Cough clone from his small basement garden. Kushman accepted the clone, mostly for the sake of politeness, and nearly threw it away before he noticed an overwhelming smell of fresh strawberries emanating from the clone. Kushman decided to keep the strain and began to share it freely among New York growers.

Strawberry Cough became the number one selling strain amongst delivery services in the New York area. When Kushman moved to California to grow cannabis legally, he continued to share Strawberry Cough cuttings across the country. As a result, several Strawberry Cough strains and imitators have sprung up from other cultivators. He teamed up with Tyler Wadleigh and Aaron Justis of Los Angeles dispensary Buds & Roses Collective in 2009, and continues to release Strawberry Cough through their storefront.